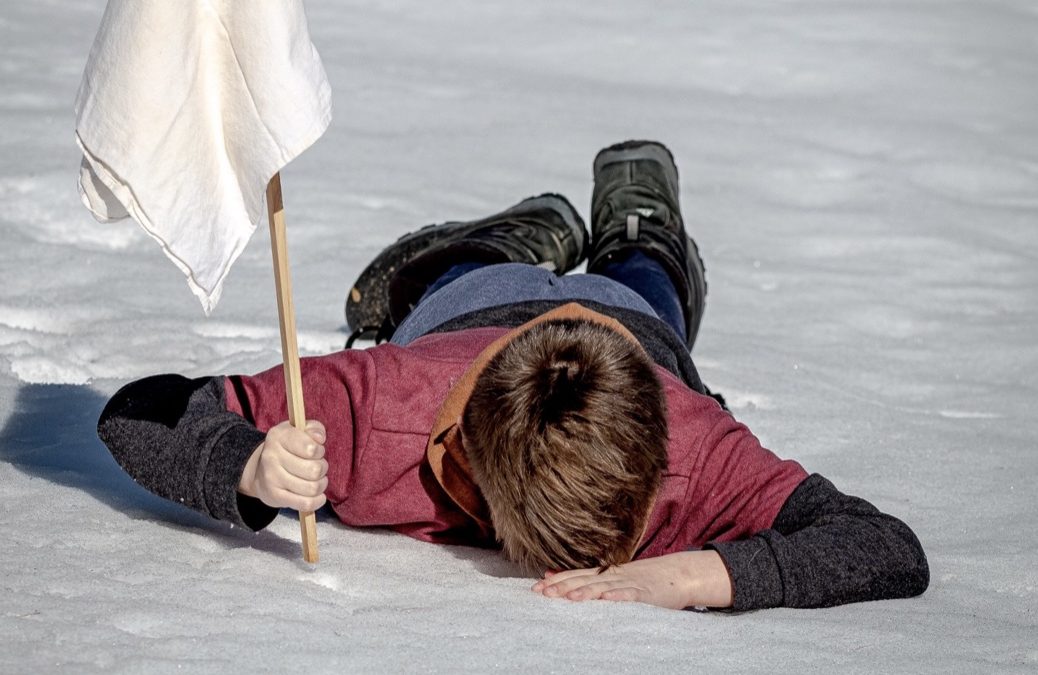 What does giving up mean to you? It might mean the feeling where you just can’t be bothered to carry on with whatever you’re doing? When you surrender to whatever is going on in your life or it might mean giving up something like chocolate or alcohol.

Giving up has negative connotations, doesn’t it? It often means that we feel defeated or that we feel obliged to stop doing something that we’d like to continue doing.

Is giving up a bad thing?

When do you, typically, get the feeling that you can’t be bothered carrying on with something? Is it when you aren’t seeing results from whatever you’re doing? This type of giving up often comes about when we’re frustrated, disappointed and defeated. Maybe you’re trying to have an important conversation with someone and they just aren’t listening? Of course, in your more grounded moments you realise that’s because the conversation either isn’t important to the other person or they have their own idea about whatever you’re talking about.

This doesn’t help the frustration in the moment but giving up in this situation might be the best action you can take. If you give up and leave the feeling alone, you know that it will change and maybe the conversation doesn’t need to happen?
How about if you’re trying to get a new project off the ground or arrange a family zoom call and it just isn’t happening and you just give up. Sometimes when we have too much on a result, or we think that something is really important, it becomes all encompassing and we become fixated on trying to control the situation which is, of course, impossible and we get overwhelmed and give up.
But think about the times when you’ve given up on something and, miraculously it sorted itself out. The project gets new legs and the family zoom call happens without you getting stressed about getting everyone together.

Is giving up a negative thing?

We often see giving up as negative, ‘I have to give up eating crisps’ or ‘I must give up chocolate’ almost as if the act of giving up is being forced upon us rather than a choice. So think about why you have to give up crisps or chocolate? If you’ve decided to give up something because of health or aesthetic reasons then celebrate that you can. That you can make the choice not to do something that you think isn’t getting you to where you want to be.

And do you have to give these things up? Can you just not have them?

If you used to smoke and you’re in the company of a smoker who offers you a cigarette, you might say, ‘no thank you I’ve given them up’ or you could say, ‘no thank you, I don’t smoke’. Can you see that there is a different feeling with those options. ‘I’ve given them up’ implies regret that you can’t have one and even has a whiff of the potential that you might start smoking again in the future. As Mark Twain said, ‘Giving up smoking is the easiest thing in the world. I know because I’ve done it thousands of times’. Whereas saying that you don’t smoke is definite. There is no equivocation in you.

Can giving up be a good thing?

How about giving up excuses? Do you want to do something or not? If you’re unsure, you probably don’t want to and, rather than make excuses to yourself about why you shouldn’t go to the gym, write that email, learn a language, admit that you don’t want to and feel good about it.
Give up habits that don’t serve you. If you have a nightly glass of wine just because it’s wine o’clock and you feel that it’s become a bad habit, ask yourself why you want the wine? What feeling are you looking for? How else can you get the feeling?

Give up trying to be a better version of yourself. Remember, you’re perfect just as you are. Yes, you might want to be a bit fitter, leaner or richer and you can take steps to make these things happen without imagining that you have to change the way you’re showing up in the world.

Remember you were born to be not be better.

Give up worrying. If there was any benefit to worrying, I would be the first person to encourage you to knock yourself out. But there is never a benefit. You might tell yourself that you have to worry in case things go wrong but if things go wrong, you’ll take action and the action you take might not be the action you prepared in your head whilst you were in the middle of a thousand worrying thoughts. If you feel the need to create a plan B or to risk assess a future plan then do so without worrying.

Give up labelling yourself and others. When you let go of labels, you’re free to be different in each moment. If you have anxious thoughts, this doesn’t make you an anxious person it just means that you’re having anxious thoughts. If you’re stressed, you’re having stressed thoughts, you get the picture? Labelling yourself as your behaviour fixes you as one dimensional and then you often become your label.
Give up the past. Give up thinking about what you could have done differently, or how bad things have been, in order to live in this moment. Recognising that the past is gone and anything you think about a past situation has become as story allows you to be present to now.

Give up setting goals. I’m not a fan of goals but I do understand that many people are. If setting goals motivates you and you thrive, who am I to put you off? But if you set goals that you don’t achieve, for whatever reason, you might feel like a failure and there is no way that is going to motivate you. So if you have a big goal that you’re happily working towards, carry on but if you find yourself consistently setting and then abandoning one goal to start start another, give up.

And, of course, you can always give up giving up.