Stop Trying to Be the Hero in Someone Else’s Story 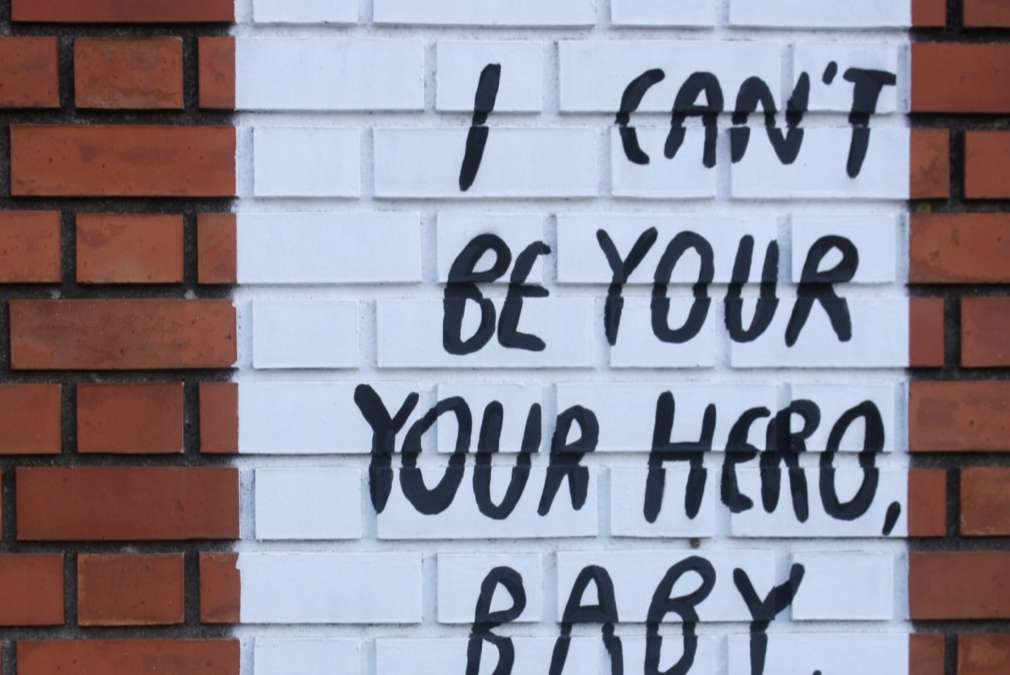 Someone to take charge and make things better. Someone to rely on and trust that they catch you if you fall.
My dad was my hero when I was young. I thought he knew everything and everyone. It didn’t occur to me that the men he called by name couldn’t have all been called John?

Everyone knows about the hero’s journey, the journey first described by Joseph Campbell in his book The Hero with a Thousand Faces. Campbell studied myths and stories from all over the world, and films such as Star Wars are based on the Hero’s journey.

Who didn’t play at being a superhero when you were small?

But who is still trying to be a hero in someone else’s life?

Being a hero in someone else’s life
When your children were young, you probably were their hero. Kind and loving caregivers will always be the hero, but this isn’t the case when your children are teenagers or even pre-teens.

Come on, do you really imagine that you even exist for teenagers beyond providing food, lifts and money? But it isn’t easy to let go of the idea that you’re still the hero in their journey.

I don’t mean walking in front of them brandishing a sword but admit it; how many times do you try to be over-involved in their lives?

Good luck with getting involved in their social life; that will be more of a secret than James Bond’s latest mission, but how about school work?

How often do you get too involved in how much they do at school?

I was in a seminar once where a woman said her daughter wouldn’t study for tests. This woman said she herself had been a good student and always did her homework or studied for tests, but she couldn’t get her daughter to do the same.

‘What’s it got to do with you?’ the seminar leader asked.

‘But if she doesn’t study for the tests, she might fail’ the woman said.

‘And what’s that got to do with you?’ the seminar leader repeated.

‘But if she fails her tests, she won’t be able to do the exams she needs.’

‘And what’s that got to do with you?’

‘But if she doesn’t do well at school, people will think I’m not a good mother’, the woman admitted.

This woman wanted her daughter to do well; of course, she did, but her motives were as much about people thinking well of her as they were about her daughter.

She didn’t want to drop her idea that she was a hero.

But the parent’s role isn’t to sweep in and make their child study. Their role is to provide an environment where the child is warm, fed, and able to study. The rest is down to the child.

You can’t be the hero of your partner’s story either. You might wish your partner was more ambitious or tidier, but you’ve got the partner you’ve got.

Another way that people assume the role of the hero of other people’s stories is to give advice or help when none has been asked for.

If someone tells you about a problem or issue they have, don’t put on your cape and jump in with answers and advice unless they ask you.

This is not your story.

The hero has to save the day
Do you think nothing will get done unless you do it or you chivvy someone else to do it?

I had a friend who used to start a job with a new company and overdeliver. Everyone, wherever she worked, thought she was wonderful.

So she started to see herself as a hero.

And this led her to tell people how they should do their job. She told her line managers how to improve and suggested how the business should be run.

She didn’t see that she wasn’t a hero right up until they fired her. Again.

You might think you’re important in other people’s lives and have to save the day, but it’s only make-believe. Your hero suit is made from man-made fibres and doesn’t have magical powers.

It’s not your job to save people from themselves or monsters unless they ask you to.

You might say that everyone thinks you’re a hero.

I hate to break it to you, but people probably aren’t thinking about you at all. It’s a common mistake for people to believe others are thinking about them.

Before you go out, do you wonder what people will think about what you’re wearing?

Just as you are right now.

You will always be the hero of your story, of your journey. And that’s wonderful.

Being your own hero doesn’t mean you must single-handedly take on the world’s problems or have superpowers. It just means being the best version of yourself that you can be.

And even if you’re in a shitty mood, that’s the best you have right now.

When you’re the hero of your own life, you can go and help others if they ask you to. You can try to guide and protect your children and prod your partner sometimes, and you can do this because you’re a hero.

You can cast your x-ray vision around and see where you’re needed. You can take the spider out of the bathroom and rescue the mouse the cat brought in for you.

You can stand proud and confident knowing that you’re a hero.

The hero of your story.